Letter from the President, 2009 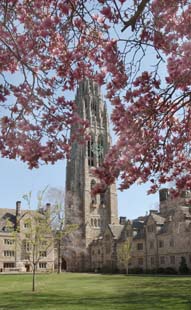 To Members of the Yale Community:

Yale is a member of the New England Association of Schools and Colleges (NEASC), one of the six regional associations in the United States composed of schools and colleges that have achieved and maintained an accredited status. In order to continue this status, every ten years the University voluntarily participates in an accreditation process, the purposes of which are to assure the quality of the institution and to foster its improvement.

Yale’s last NEASC reaccreditation was in 1999. In anticipation of the 2009 reaccreditation, the University has been engaged in an institutional self–study since summer 2008. Eleven committees of the University, appointed by me and composed of faculty members, administrators, and students, have been engaged in addressing the standards developed by the NEASC’s higher education accrediting body, the Commission on Institutions of Higher Education (CIHE). A Steering Committee, comprised of the provost, the dean of Yale College, and other administrators and faculty, has helped me guide and review their work. My gratitude goes to the more than eighty–five members of the community who are giving their valuable time and energy to make this a united and valuable effort.

In late September, Yale’s self–study will be sent to a group of faculty members and administrators, who will come to Yale as members of the site–visit team selected by the NEASC CIHE during the days of November 1–4, 2009. The team will be led by Morton Owen Schapiro, president of Williams College and president–designate of Northwestern University.

Yale is a large institution, with an undergraduate College and the Graduate School of Arts and Sciences, in addition to twelve professional schools, many of which have their own accrediting agencies. For this reason, I have asked committee members, in those chapters where it is appropriate, to direct their thinking in the broadest way to Yale College.

From the start of this process, I have requested that the committees working on each standard use their time and energy to identify and reflect on complex issues that have escaped sustained attention. It is my hope that identifying these issues, and suggesting how to address them further in the future, will help Yale meet the challenges of its fourth century.